Technical and Reference Information for BMW and Mini

The proposed lexicon contains electrical components, which are shown on the electrical diagrams of diagnostics, with the corresponding symbols of these components.

The symbols correspond to the symbols on the electrical diagrams. Example: "A210" for the control unit "Rear door module on the passenger side".

The proposed lexicon contains about 2000 symbols.

This lexicon contains the following information:

For each designation and node, a functional group is indicated (only the main groups).

A list of functional groups is available in SI System Description (SBT) "Abbreviations".

- Series: a list of series in the electrical circuits of which there is this symbol.

Note: For the latest information, refer to the BMW diagnostic system.

This lexicon contains the legend of the nodes, which are shown in the following electrical diagrams:

This vocabulary contains only the conventions used in the electrical circuits on both of these DVDs. Symbols that are found only in the lists "Information on nodes and signals" are absent in this lexicon.

For technical reasons, some series are combined as follows:

Therefore, it is possible that the symbol corresponds to the series, although the node on this series is missing.

On the WDS-DVD (Wiring Diagram System), the symbols are listed in the "Information on nodes and signals" list in alphabetical order.

The list of systems by groups in the diagnosis

Note: For technical reasons, the windows shown below are not translated.

In the list of "Sites" windows available on the WDS-DVD, symbols and nodes are listed in alphabetical order.

For technical reasons, the windows shown below cannot be translated into the appropriate language.

The texts in these windows are explained in the accompanying texts.

The "Nodes" section is shown in detail.

The figure shows only the groups for the E90. for vehicles of other series, other groups may be shown. For example, group “D” for the following series: E39 and E53. For this group, the proposed lexicon has its own section.

Group "P" is available for the E52 series.

For this group, the proposed lexicon has its own section.

For this group, the proposed lexicon has its own section.

Symbols are summarized in alphabetical order in the following groups:

The illustration shows the DME control unit "A6000" for the N52 engine on the E90. (DME: digital electronic engine management system). The background is the electrical circuit for this symbol.

Section "Abbreviations of the names of control units in diagnostics and programming."

These control units can be encoded and programmed.

These control units are shown in brief tests of the BMW diagnostic system (depending on the vehicle equipment).

Some abbreviations are borrowed from English. Some come from German meanings. Long forms are predominantly German names. However, these may also be English or marketing names.

This section contains those control units that are indicated by abbreviations in the diagnostic and programming programs.

In the previous version, the symbols of the control units were also given. Symbols are shown on the wiring diagrams in the BMW diagnostic system: symbols are used as wildcards for unit names.

This is because these control units are shown in the BMW test brief of the BMW diagnostic system.

Currently, the following abbreviations are used for control units:

* = information with the next updated version 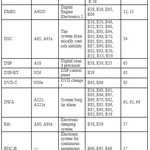 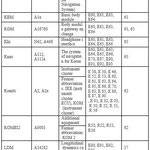 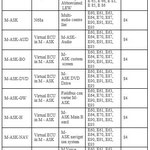 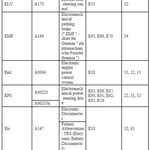 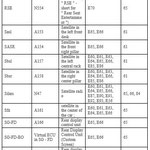 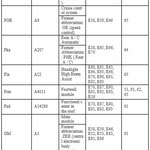 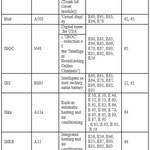 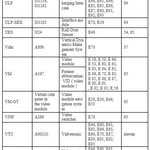 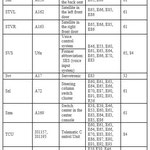 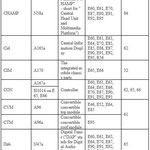 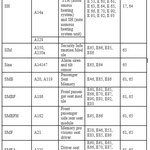 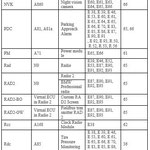 The proposed list contains all BMW control units with the designation "A ..." (regardless of whether these control units are shown in short tests or in programming or not).

In the brief tests of the BMW diagnostic system, as well as in Progman, all control units are shown as abbreviations. These abbreviations are shown in the following table in the "Information" column.

Each control unit is shown in a short test as an abbreviation.

Diagnostics of control units that do not have their own reduction is carried out by the master. These control units may have a self-diagnosis, but transmit possible error messages to the appropriate master. The BMW diagnostic system reads the records of these faults in the corresponding master.

Note: Some conventions are for technical reasons only.

Some symbols are not introduced for nodes, but for other symbols on the circuit diagram. For example, “A30” for “terminal 30” in the “Radio / Stereo” circuitry E52. Or the symbol "N52" is nothing more than a type of engine.

Such conventions make up half of this vocabulary.

Some conventions and nodes have the same functions, or relate to similar systems. However, for technical reasons, "hypertext links", that is, electronic links inside this lexicon are impossible.

To show the interconnection between several nodes and for that. In order not to bother the reader with frequent repetitions of similar texts, cross-references are marked as follows:

"-> A123" at the end of the information points to another node from this system.

I Parts from BMW suppliers

There are no connectors in this lexicon.

HOW TO DECODE ERROR CODES ON BMW?